The next challenge in the energy transition

Over the last years the cost of renewable energy has come down significantly, in particular solar photovoltaics and wind energy – onshore and offshore. We have seen renewable becoming competitive with fossil fuels and nuclear energy in an increasing number of places around the world. The expectation is that this trend will continue in the coming years and that renewable energy will take an ever increasing share of the energy mix. This is of course also necessary in order to meet national, European and global climate-related objectives, including those agreed in Paris in December 2005.

This does introduce a new challenge: the two most important renewable energy sources, solar photovoltaics and wind energy, are weather dependent. You cannot switch them on when the energy demand is there. With an increasing share of variable renewable energy “VRE”, the energy system will have to adapt itself to accommodate this variability.

The electricity-system already encounters this phenomena, see the chart below. In Germany last year (2016), the share of renewable electricity in the power mix varied from 11% to 86%, on average 32%. Solar PV  (in yellow) and wind energy (the 2 darker shades of blue) are particularly variable; biomass (green) and hydro (light blue) are much more constant in their production profile. 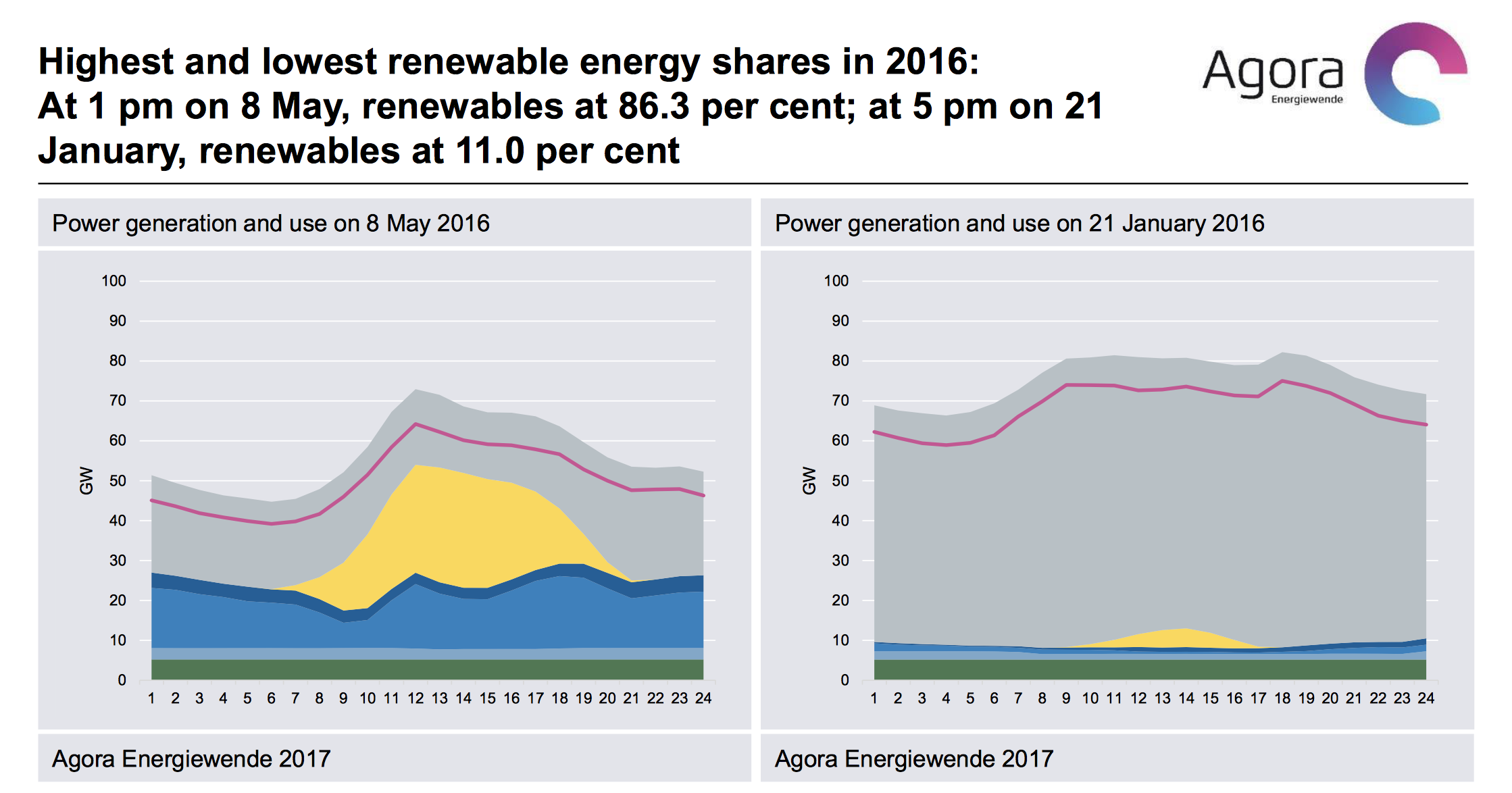 This variable feed-in pattern was achieved with a relatively small share of solar PV and wind in the German energy system of only 3,3% and an average share of 18% in the power mix. Last year this has led to over 100 hours with negative electricity prices: consumers received payment because they were so kind to use electricity!

Society has a number of means on how to deal with this. These are the tools in the toolkit:

New solutions are needed to match supply and demand, with new forms of energy storage and new solutions to enable demand response. These solutions will be made economically attractive by increased volatility of the energy prices, which offers opportunities for consumers who are prepared, and risks to those who are not. Recoy helps end consumers to prepare for this future by reducing risks and maximising opportunities!